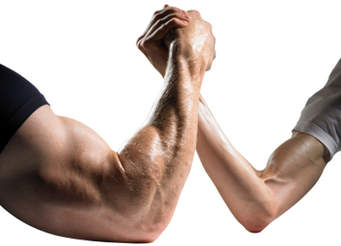 I squinted at another car making a U-turn in front of the anatomy building, flashing its headlights at me. Save that and the occasional brightness of the street light nearby, I was perfectly comfortable where I sat on the porch. Close enough to action to make keen observations and far enough to go unnoticed. I was having a study break.

I sipped my smoov soft drink and clucked my tongue, chuckling. My medical school is like a small village. Everyone knew everyone and there was always more to these breezy evenings than the calm scene gave away. Consider myself for example. I was right on the verge of going absolutely, raving crazy.

I mean, what better time to have an examination than when you’re trying to heal from a broken heart and get through financial crises? I had a professional exam to prepare for, but I wasn’t coordinating. The exams in medical school are like degree exams for other courses in case you never noticed, just to help you understand the enormity of the situation.

I was late for class the next morning. My head throbbed with really relentless aches; I felt sick. My heart hurt from heartbreak. My stomach hurt too, hunger. My head hurt, I studied a little too much. 18 hours of studying wasn’t exactly child’s play. Chances were that I would have to miss the lecture as the lecturer would throw me out, but I decided to try my luck anyway.

I stood silently by the door, peeping into the class, hoping against hope that a miracle might happen. It did happen!
There was an empty seat by the door, so I snuck in when the lecturer wasn’t paying attention. One down, more to go.
My head throbbed badly. I struggled with my heavy eyelids and rising temperature. It was an important lecture and I needed to pay attention keenly, but how could I even spare any attention with the plethora of things happening to me all at once?

I didn’t know I was sleeping until someone nudged me. “He’s calling you,” she said, returning my attention to the lecturer.
Students always enjoyed this diversion; you know the emergence of a scapegoat in an otherwise boring class, a new laughing stock, albeit for just a few minutes. I felt like a rat caught stealing cheese. I stood slowly, eyes red, head still throbbing. I listened patiently while he went on and on about how I was not a serious student and was likely to fail; if he only knew the things I was going through just to make sure I didn’t fail again – the cause of my heartbreak.

He asked questions about what he was teaching. I didn’t attempt any. I didn’t even try to think. My head would then really split. He went on again, about how disrespectful and stupid children were these days. I couldn’t even attempt any question. How could I? Then some other things I didn’t hear because I’d zoned out. He finally canceled my attendance and sent me out of the class. I grabbed my bag and took a walk, gladly. I knew I needed to rest and refresh.

My stomach rumbled as I approached the cafeteria. As much as I wanted to enter and grab a quick bite, I couldn’t. I’d go to my room and drink water. I was saving the money for noon. Eating once a day was very economical. On getting to the hostel, I looked myself over in the mirror next to the notice board and smiled sadly. If I ever became a lecturer, I would be friends with my students. I would know them by name and try as much as possible to have an interpersonal relationship with each of them. Lecturing would mean more than dishing out a bunch of notes and expecting every student to be upbeat, regardless of their mental state. I would ask what was going on with them and I’d genuinely pay attention.

Only then would I know who needed help and not rely only on their assessment scores. It would help me understand why they did what they did. I’d call them, talk to them, understand them and encourage them. But I wasn’t a lecturer, was I? I may never even be. If I fail the 2nd MBBS exam again, then my dreams of becoming a doctor would go up in flames. I’d be “advised” to withdraw from the college of medicine. I was a miserable student who had to pull through somehow, anyhow.

Eventually, the exam I had grown to dread came.
“It’s quiet people like you that are usually very dangerous,” the lecturer said, glaring at me. I wondered why I kept getting on the man’s bad side. I held my breath. He glared hard at me. I wanted to check my forehead. He must have burred holes into them with his eyes. Someone had appeared from the administrative block, called out my name and said I didn’t pay my tuition. I was supposed to leave the exam hall immediately. Which lecturer in heaven’s name allowed that if they even cared a little about the students?
I had actually made all due payments and registered them at the offices required, but I was about to have all the months of studying back to back disappear, for a crime I didn’t even commit.

Leaving the exam hall would mean losing time if the exam started and I would probably fail. Not being one for self-pity, I got up and sprinted to the hostel at breakneck speed. Panting, I grabbed my file and returned to show the bursar evidence of my payment.

After being dragged around for what seemed like eternity, I returned to the exam hall. God was on my side. They were just starting to share answer scripts. I had to spend time explaining again why I had left. Nobody paid a damn about anyone here. Finding my coordination after that bout of attack from my village people was rather tasking.

By the end of the whole exam, I was just about ready to leave medical school. I had lost it completely. Result day didn’t have me all worked up. I watched people pacing, some leaving school, others wondering why I seemed less concerned. I shrugged. I wasn’t sure medicine was worth the whole mental incapacitation anymore. Whatever wanted to happen could go ahead.

For someone who wasn’t particularly concerned about the results, I went absolutely crazy when I pulled through. I ran all the way to the administrative building from my hostel and back; trust me, for someone who had stopped being an athlete for a while, this was a considerable distance. Expectedly, people failed so woefully you’d begin to wonder if they hadn’t been taught. This is pitiable considering the fact that not much was done to guide these ones and they had to navigate uncharted waters with no prior knowledge.
It was bound to be disastrous; to put it into perspective, try handing a very sophisticated ship to a bunch of people who had never been on a ship before and tell them to find their way through the Atlantic to Asia from Africa. I’m sure you get what I’m trying to say.

Nothing made me happier than knowing that I’d never have to see that lecturer’s face again if I didn’t want to. He was one of my nightmares.

The excitement soon wore off and reality slowly returned. This by implication meant that I would have more emotionally-draining, morale-sapping years to go. I’d probably meet worse lecturers. The thought alone sent chills down my spine.
I tried to focus on the bright side. Maybe the lecturers in this new class understood that this was supposed to be medical training for goodness sake and not a fight!
The lecturers tell us not to listen to the stories seemingly concocted by our predecessors but how can we not when these stories seem incessant to the extent that it has bred normalcy?
Many of them seemed determined to stop you from graduating, by any means necessary. It was like a battle field. Students on one side, lecturers on the other.

Should it really be so?
Aren’t we supposed to be colleagues? Aren’t they supposed to pay close attention to training us and making sure we achieve the goal? Why did they seem to create the very odds we fight?
Survival of the fittest?
Whoever made saving human lives a priority, after almost losing their mind to learn how to?
Little wonder an increasing number of my senior colleagues are contemplating whether or not to explore the post graduate training or follow other less dehumanizing passions.

Half of the problems students encounter in medical school would be solved if the lecturers should become less menacing.
If they should understand and empathize with what students go through, if they should do their best to make the burden easier and the whole ride memorable. I don’t know if that will happen anytime soon. I better prepare my mind for another grueling year of utmost psychological depreciation.

How long till all this is over?

Any cookies that may not be particularly necessary for the website to function and is used specifically to collect user personal data via analytics, ads, other embedded contents are termed as non-necessary cookies. It is mandatory to procure user consent prior to running these cookies on your website.

Click one of our representatives below to chat on WhatsApp or send us an email to hellothummimng@gmail.com